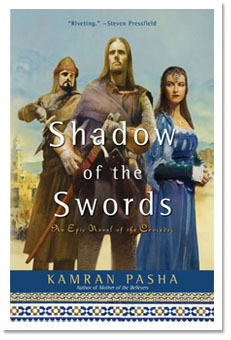 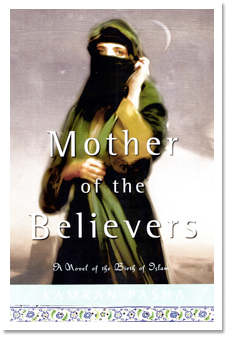 Mother of the Believers: A Novel of the Birth of Islam

A stunning debut novel illustrating the birth of Islam from the perspective of the prophet Muhammad's young wife Aisha.

Deep in the desert of seventh century Arabia, a new prophet named Muhammad has arisen. After he beholds a beautiful woman in a vision and resolves to marry her, the girl's father quickly arranges the wedding. Aisha becomes the youngest of Muhammad's twelve wives and her feisty nature and fierce intelligence establishes her as his favorite. But when Aisha is accused of adultery by her rivals, she loses the Prophet's favor—and must fight to prove her innocence.

Pardoned by her husband after a divine revelation clears her name, Aisha earns the reluctant respect of Muslim men when their settlement in Medina is attacked and she becomes a pivotal player on the battlefield. Muhammad's religious movement sweeps through Arabia and unifies the warring tribes, transforming him from prophet to statesman. But soon after the height of her husband's triumph—the conquest of the holy city of Mecca—Muhammad falls ill and dies in Aisha's arms.

A widow at age nineteen, Aisha fights to create a role for herself in the new Muslim empire—becoming an advisor to the Caliph of Islam, a legislator advocating for the rights of women and minorities, a teacher, and ultimately a warrior and military commander. She soon becomes one of the most powerful women in the Middle East, but her passionate nature leads to tragedy when her opposition to the Caliph plunges the Islamic world into civil war. The women of Islam view her as a hero, but Aisha is filled with uncertainty and regret whenever she considers her legacy.

Written in beautiful prose and meticulously researched, Mother of the Believers is a compelling work of historical fiction that portrays an empowered Muslim woman who helped usher Islam into the world.